My father-in-law Sqn Ldr K B Commissariat was among the first recruits of the Indian Air Force Volunteer Reserve.

Keki Commissariat was born on 9 February 1911 in Bombay. He was one of the pioneer Indians to get his Private Pilots Licence on 5th May 1937. He qualified on the BA Swallow and the DH Moth I and II to earn his PPL.

At the outbreak of WW2, most of the PPL holders received invitations to join the IAF as a Commissioned Officer. Commissariat was one of the first entrants into the IAF. As was the norm in those days, he was called for  Observer training on 11th Nov 1939.   He reported for duty on 23 Nov 1939, and his commission was gazetted the same day. (Gazette No 1695 dt 23.12.39). At the age of 28, he was relatively older among all the recruits.

However for unknown reasons, Commissariat resigned his commission on  24 Feb 40 (Gazette No 650 dt 4.5.40) and took up an assignment as the Assistant Pilot Instructor with Delhi Flying Club the following year.

He was to spend the ten years with the IAF and relinquished Commission on expiry of terms of engagement on 29 Sept 52. (Gazette No 828 dt 26.6.54). The last unit he served was No.2 Wing, AF at Poona. He was in Barrackpore (1949) and Ambala at various points of time during his career.

He had accumulated a total of 10 Years and 6 months of service durign this period. During this period he earned the following Medals: India Service Medal, War Medal, Independence Medal.

After retirement from the Air Force, He also went on to join the Territorial Army in 1956 and became a Major in the TA .

A number of documents and photos from his collection are presented on this page. Most of the details of the photographs are unidentified and any suggestions regarding the locations, people in the photograph, or circumstances etc are welcome. 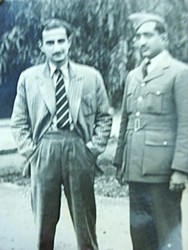 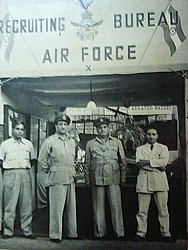 Right: The Recruiting Office in Bombay after Independence. 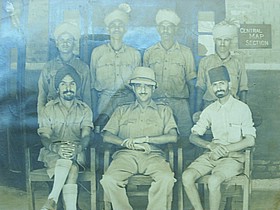 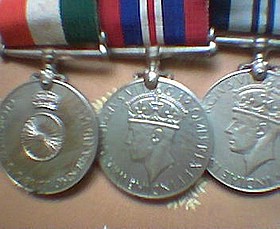 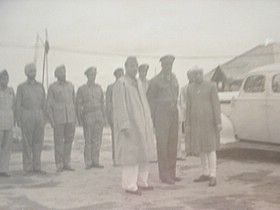 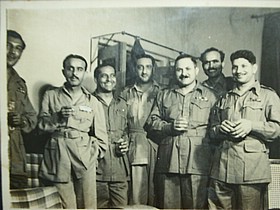 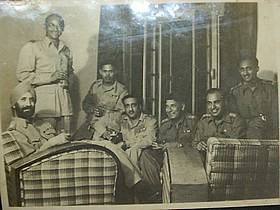 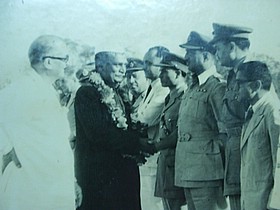 Unidentified Location and PeriodBeing introduced to the President of India, Shri Rajendra Prasad 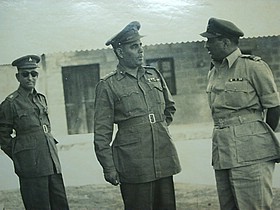 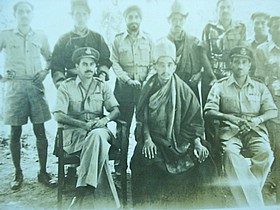