He could have died on December 5th 1971. In the height of battle, while flying a Hunter at 500 miles an hour, less than 200 feet above the ground, guns blazing away at a Pakistani tank. "Kukke" was blinded by the flash and shock from a main gun shell fired by the tank he was shooting at. Momentarily disoriented, his aircraft scraped the ground on a sand dune in the deserts of Rajasthan, breaking off a 5 foot segment of tailpipe. But the grim reaper did not get him that day.

Wing Commander Suresh still had 32 years of service to the nation ahead. It was not yet time for him to pass on. He limped back to base in his damaged aircraft.

Kukke Srikantasastry Suresh was born on the 12th of December 1941 in his grandfather's house in Bangalore, in a street named after his great-grandfather. He was the son of a police officer, and from a very early age he loved aircraft. Even when he was a toddler, he could only be coaxed to get off his swing or tricycle if someone told him that they would show him an aeroplane. Later as a schoolboy, he would drop his schoolwork and rush outside the house like a hurricane to spot an aircraft he had heard flying overhead.

Suresh came from a family of people who were not from a military background.

His ambition of becoming a pilot was not encouraged. But he persisted and joined the NCC air wing when he entered college, and taught himself flying. He joined the Air Force in 1962 after being awarded the "President's Plaque for the best all-round Cadet" Suresh's close friend and course-mate, Air Marshal Rajkumar, himself an eminent fighter pilot said of Suresh, "He honed his flying skills into an art form. He seemed to gently and effortlessly coax the aircraft to his bidding".

Suresh saw combat flying with the IAF in the 1965 and 1971 wars with Pakistan. In 1965 he took part in breaking up a Pakistani armored attack in the Khem Karan sector, in which his plane was badly damaged, but he managed to fly it back with a lot of warning lights burning. In 1971 Suresh is remembered as part of the team of pilots who took part in the action over Longewala, and for shooting down a Pakistani F-86 Sabre over Talhar airfield in Pakistan. He was awarded a Vir Chakra for this.

Suresh, known as "Kukke" to his flying friends, was greatly respected in the Air Force as a "flying inspector", as a Squadron Commanding Officer and as an extremely skilled pilot. And that ability put him in the cockpit of a MiG-21 in several airshows over Tilpat, performing nerve-racking precision maneuvers with full afterburner. In a letter to him, Air Marshal Engineer remarked, "If all the pilots in the IAF could fly as well as you do, we need not bother about any challenge in the sky". But Suresh also had a great deal of concern for the men who worked under him and the equipment. He took pains to look after the interests of the non-flying staff, and all the aircraft in his squadron had the cost of the aircraft painted prominently on the nose, as a reminder to everyone of the expensive machines they were working with. 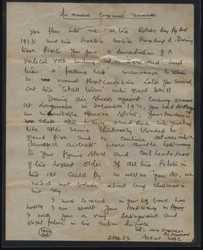 Suresh's flying career had to come to an abrupt end because of spondylitis. He retired from the air force in 1983 and joined HAL in 1984. Suresh worked on Flight Safety in HAL, initially with Group Capt. Kapil Bhargava, who wrote of Suresh, "Almost his first contribution to HAL was the launching of a Flight Safety Program to educate HAL's personnel in responding correctly and honestly to customer's problems" Suresh also taught himself about computers to set up a Flight Accidents database at HAL that was extremely useful in tracking down the cause of recurrent problems. He worked with great dedication on flying accident investigation, using his great depth of knowledge of aicraft and enormous personal charm to get the IAF and HAL to work together to improve Flight Safety.

Mr. Jamadagni, a colleague from HAL who used to work on flight accident investigations with Suresh said that even before they set out on the journey to the accident site - often in remote corners of the country, Suresh would have obtained all possible information on the accident and his mind would be working on what might have gone wrong.

And the two of them would discuss the possibilities as they travelled together. Suresh contributed to Flight Safety in the IAF and HAL, and in relations between these two organizations in a way that nobody had done, often bearing the brunt of criticism from both sides.

After he retired from HAL as General Manager, Flight Safety, Suresh became what he liked to describe as an "Aviation Journalist". He was a contributor to the aviation journal, "Indian Aviation" and many of his articles have been reproduced with permission on Bharat-Rakshak. He was a well wisher of Bharat-Rakshak and regularly followed the website updates and forum discussions. He attended Bharat-Rakshak meetings held during Aero India 2001 and 2003, bringing with him a host of interesting and eminent friends.

Soon after Aero India 2003 Suresh was diagnosed as having cancer, which was already advanced when it was discovered. Despite his disease he continued to play golf and tennis - sports that he loved well, and he continued to write. Shortly before he died, Wing Cdr. Suresh requested that a cap that he had commemorating 100 years of flight be placed on his head. He breathed his last on the 9th of January 2004, wearing his aviation hat.