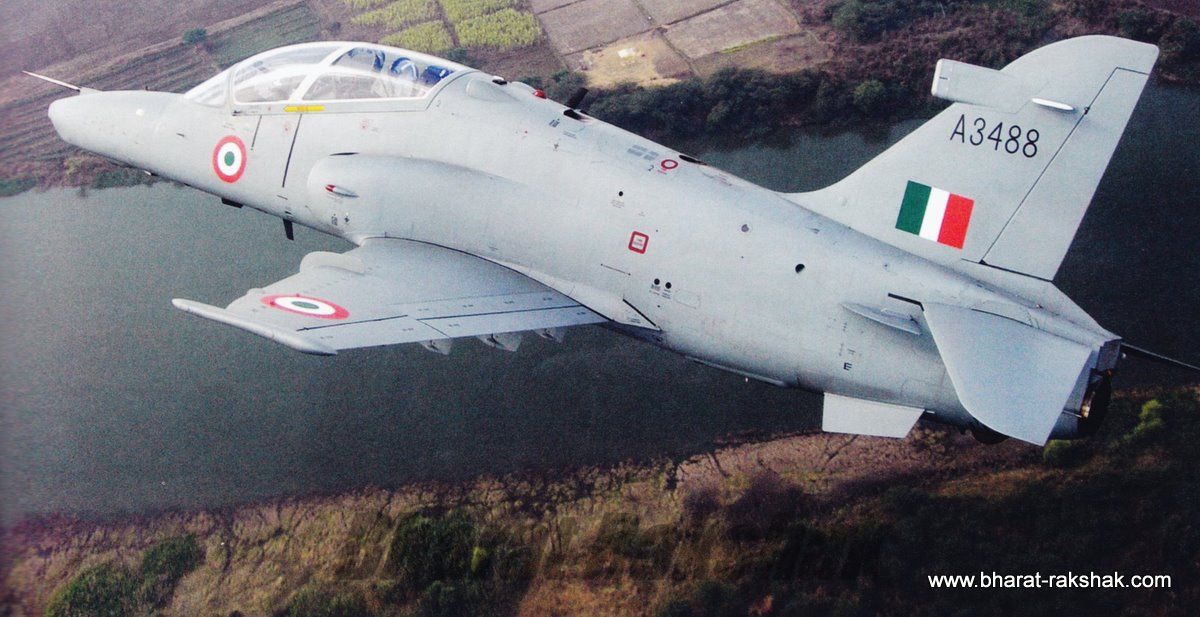 The Hawk is a tandem-seat Aircraft for ground attack, flying training and weapon training. It has a low wing and an all-metal structure and is powered by an Adour Mk 871 turbofan engine. The Aircraft has an integrated navigation /attack system and radio and inertial navigation systems. The Aircraft is cleared for instrument (IFR) flying and for Solo Instrument flying from the front cockpit only.

A contract between BAeS, UK and Ministry of Defence, India was signed on 26th March 2004 for induction of 66 Hawk Aircraft (Advanced Jet Trainer) to Indian Air Force (IAF). 24 Aircraft were to be procured directly from BAES and balance 42 Aircraft were to be manufactured under licence at HAL.  As part of this a Contract was signed between Ministry of Defence and Hindustan Aeronautics Limited on 21st February 2005 for manufacturing and supply of 42 Hawk AJT alongwith equipment and services for Indian Air Force at a total value of Rs.1982.21 crore (Avg Cost Rs 47.20 Crore). Most of the aircraft were built from CKD kits.

The Hawks are operated by the Operational Conversion Unit stationed at Air Force Station Bidar.  In February 2015, it was announced that the Suryakirans Aerobatic Team would be reformed on the BAe Hawk. As of October 2016, this unit was operating a six aircraft formation team with another spare aircraft on establishment. 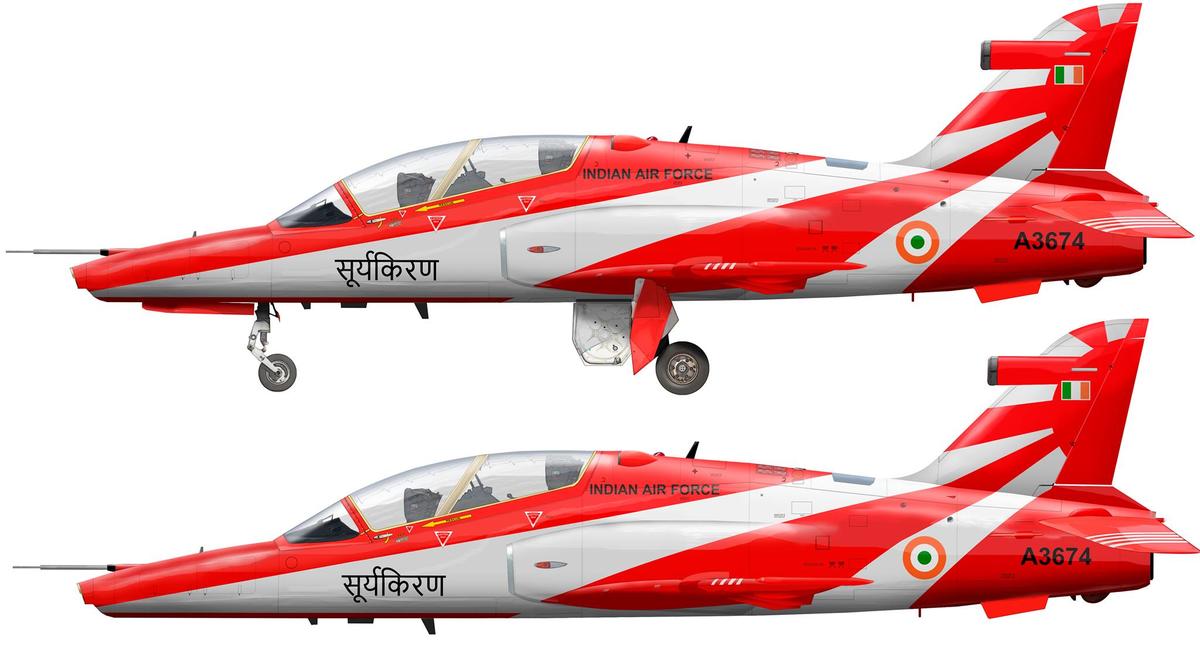 The aircraft has excellent flying characteristics with good stability and response to controls about all three axes. The aircraft is cleared for a wide range of aerobatic manoeuvres and exhibits very good resistance to departure even outside the normal flight envelope. At incidences up to the stall, the aircraft is stable about all axes for all flap configurations.   Recovery from any stall is immediate on moving the control column forward

The Hawk Mk.132 wing has a moderate amount of fixed droop to the leading edge to aid sustained turn performance in the speed range 0.4 to 0.7 M.  The aircraft is spin-resistant, but is cleared for deliberate upright spinning in the basic aircraft configuration with or without the gunpod.

The aircraft is currently cleared for take-off and landing with a crosswind component of 30 knots (55 km/hr). For solo flying the front cockpit is used. The aircraft has an inverted flight (negative g) capability of 30 secs. The aircraft may be flown at night, either dual or solo, without any additional flight limitations.