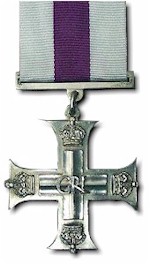 Prior to the First World War, there was no gallantry award for acts that deserve something lesser than the VC and DSO, for junior officers. Shortly after the First World War the Military Cross was instituted. Originally awarded to Captains, Lieutenants and Warrant officers of the Army (including the RFC), it was subsequently extended to include equivalent ranks of the RAF when performing acts of bravery on the ground and there was even provision for the Royal Naval Division and the Royal Marines during the First World War. Awards were extended to majors by an amending warrant of 1931. When the RAF became independent with its own ranks, the DFC was constituted as the RAF Equivalent of the MC.