In the wake of Independence, the RIAF aircraft still sported the British RAF markings - consisting of different variants of the Red-White-Blue Roundels and Fin Flashes. To differentiate themselves from the RAF markings, the first new national markings for the aircraft of the Royal Indian Air Force were approved by the Government of India in June 1948. The notification at that time stated:

These national markings are to be shown in roundels, consisting of Ashoka Chakra (wheel) on the wings and fuselage and a vertical tricolour flash on the fin.

The Chakra (wheel) which is to be of specified dimensions, will be in navy blue and will be painted on the upper and lower sides of the wings in the case of a monoplane aircraft and the upper side of the upper wing and lower side of the lower wing in the case of a biplane aircraft The chakras are also to be painted on both sides' of the fuselage, just behind the trailing edge of the wings

The tricolour flash which is to be shown on the fin will be so painted that the saffron colour is towards the leading edge and the green on the trailing edge of the aircraft. 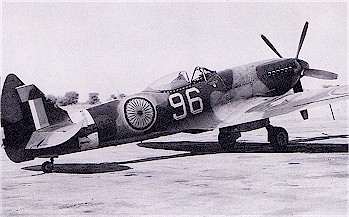 A Mk XVIII of the AFS (India) Ambala in the post ‘chakra’ markings hastily applied over the earlier type ‘C’ roundel. Most Spitfires in the training role carried a double digit ID numeral under the cockpit. This aircraft is HS636 and is the first Spitfire in IAF service to carry a HS serial

However the markings were shortlived. No doubt the Ashoka Chakra markings were notoriously difficult to paint in the correct dimensions and getting them right must have been quite a task. After just about an year and half, the Chakra markings were replaced by the Saffron White Green Roundels that are still in use today. There was no change in fin-flash design or colours. 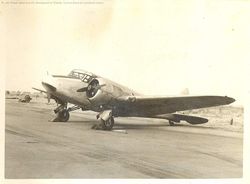 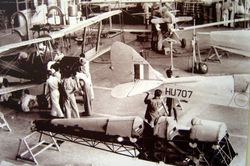