The War at Kalaikunda

The War at Kalaikunda

On 7 Sept 65, as a young Navigator with No.16 Squadron, then Fg Offr G C S Rajwar took part in the only attack undertaken by the IAF on Chittagong airfield. Later that day, he was an eyewitness to the PAF's attack on Kalaikunda. This account narrates the events of that day in his own words.

There is no doubt about the exemplary courage and outstanding performance in the air combat demonstrated by Flt Lt Alfred Cooke on that fateful morning of 7 Sept 1965 by shooting down a Pakistani Sabre during the second attack by Dacca based PAF Sabres on Kalaikunda airbase. I also feel that some credit needs to be given to Wg Cdr (later Air Cmde) PM Wilson, the then OC No 16 Canberra Squadron for retrieving the prestige of the IAF, for his fore sight and accurate prediction of the timing of the second raid by the Sabres. To place it on record, I would like to give a brief background here of what actually preceded the events of that day.

In the late evening on 06 Sep 65, AVM Shivdev Singh, the then AOC-in-C Central Air Command landed at Kalaikunda with air raid plans for East Pakistan. We had just finished our dinner in the officers Mess around 10 pm, when an urgent message was received from Gp Capt MB Naik ,the then Station Commander Air Force Station Kalaikunda asking all Canberra aircrew to report to the Squadron briefing room immediately.

On reaching the Squadron briefing room we were briefed by Wg Cdr Wilson regarding the bombing attacks that were to be carried out on Chittagong airfield. It was a two Canberra aircraft raid at low level, with Wg Cdr Wilson and Sqn Ldr Shankaran in the lead Canberra aircraft followed by Sqn Ldr Raghu Karve and myself (I was then a Fg Offr) in the second Canberra aircraft at 10 mts interval.   Since the enemy air action over Chittagong was a possibility, Wg Cdr Wilson had  briefed us that in case he encounters heavy opposition from enemy fighters he would ask us to abandon the mission and if everything was normal he would just transmit ‘Press on’. We were to drop our bombs on the centre of the runway with the aim of rendering the airfield non operational.

Initially a TOT of 30 minutes before moonset over Chittagong airfield was given by the Central Air Command. After the briefing, I was asked to get the moon set time from the Met Section. I was told by the duty met officer that the moon had already set. When I mentioned this to Wg Cdr Wilson, he just smiled and revised the TOT to 30 minutes before sunrise over Chittagong Airfield for the lead Canberra aircraft.

The weather forecast that day was very grim with very low cloud base and heavy monsoon rains enroute to Chittagong. We took off from Kalaikunda in the early hours on 07 Sep 65. The torrential monsoon rains with extensive low clouds over the Bay of Bengal made flying conditions extremely difficult for us while flying in total darkness at low level over the sea.

As we approached the Chittagong area the weather started clearing up and there was no enemy opposition. We prepared for the bombing attack and dropped the bombs on the centre of the runway. On pulling up after the attack we saw the bombs exploding. However, the bombs dropped by the lead Canberra aircraft had failed to explode as most probably these were dud.

On our return to Kalaikunda, both the Canberras were switched off across the runway in blast pen dispersal area. We immediately proceeded in Wg Cdr Wilson’s jeep to COO’s office in the ATC building for de briefing. As soon as the debriefing commenced at about 0630 am, we heard some commotion with roaring noise of low flying aircraft overhead and ran to the open terrace to see what was happening. We noticed that the airfield was under attack by Pakistani Sabres. While the majority of Station personnel were running for shelter to save themselves from the attack, Wg Cdr Wilson stood majestically on the terrace of the ATC building and gave a running commentary on the relative positioning and attack patterns of the Sabres and admired their training and motivation. He was remarkably cool and composed. The Sabres had a free run with no opposition and carried out attacks in race course pattern as if it was a practice range.

The Vampires of No 221 Sqn were lined up on the Sqn dispersal and were shining under the early morning sun after having been washed by the night rain. The camouflage nets from these Vampires had been removed and the aircraft refuelled and fully armed to undertake operational sorties in the morning after sunrise. I believe they were given Jessore airfield as their target, however their take off was delayed due to expected bad weather. These glittering Vampires must have been noticed by the enemy sabres from a long distance and after the attack, the fireworks and explosions went on for a long time. Fortunately, the Vampires were facing the runway and not the buildings. The Sabres thereafter went for the two Canberras that we had parked in blast pens area after returning from the raid on Chittagong Airfield. Both these Canberras were also destroyed. 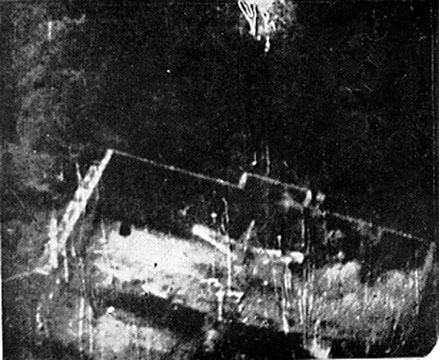 It was a pity that the air defence guns though deployed on the Kalaikunda airfield were not in the readiness state. In fact, their barrels had been covered with canvass covers to protect them from rain/early morning dew. It was a sad story that although the Central Air Command had planned and launched operational missions deep inside East Pakistan from Kalaikunda but had taken no steps at all to protect it from counter strikes from the enemy. It was quite predictable and natural for the enemy to immediately follow our trail to Kalaikunda for retaliatory action after the Chittagong attack.

I clearly remember, after the Sabres raid was over, Wg Cdr Wilson quickly calculated their transit times to Kurmitola (Dhaka) and back including turnaround time for refuelling and rearming and predicted the second raid by Sabres around 1030 am over Kalaikunda. He told Wg Cdr Dicky Law that it is too tempting for them to attack Kalaikunda again since they have seen so many aircraft assets on the Station without any opposition and we should therefore be fully prepared to deal with them effectively when they arrive for the second raid. The prediction of timing of the second raid by Wg Cdr Wilson was extremely accurate and the rest that followed has already been covered in detail in the book 'The India-Pakistan Air War of 1965' by Jagan and Samir. The second attack on Kalaikunda was such a disaster for the PAF Sabres that they never ventured to attack Kalaikunda again for the rest of the 1965 War.

Yes, when the body of Afzal Khan, the pilot of the Sabre shot down by Flt Lt Cooke was recovered after the second raid, I believe he was wearing civilian clothes inside his flying overall and he had large amount of Indian currency with him. In case he had successfully ejected he would have easily mingled with locals and possibly would have never been captured.