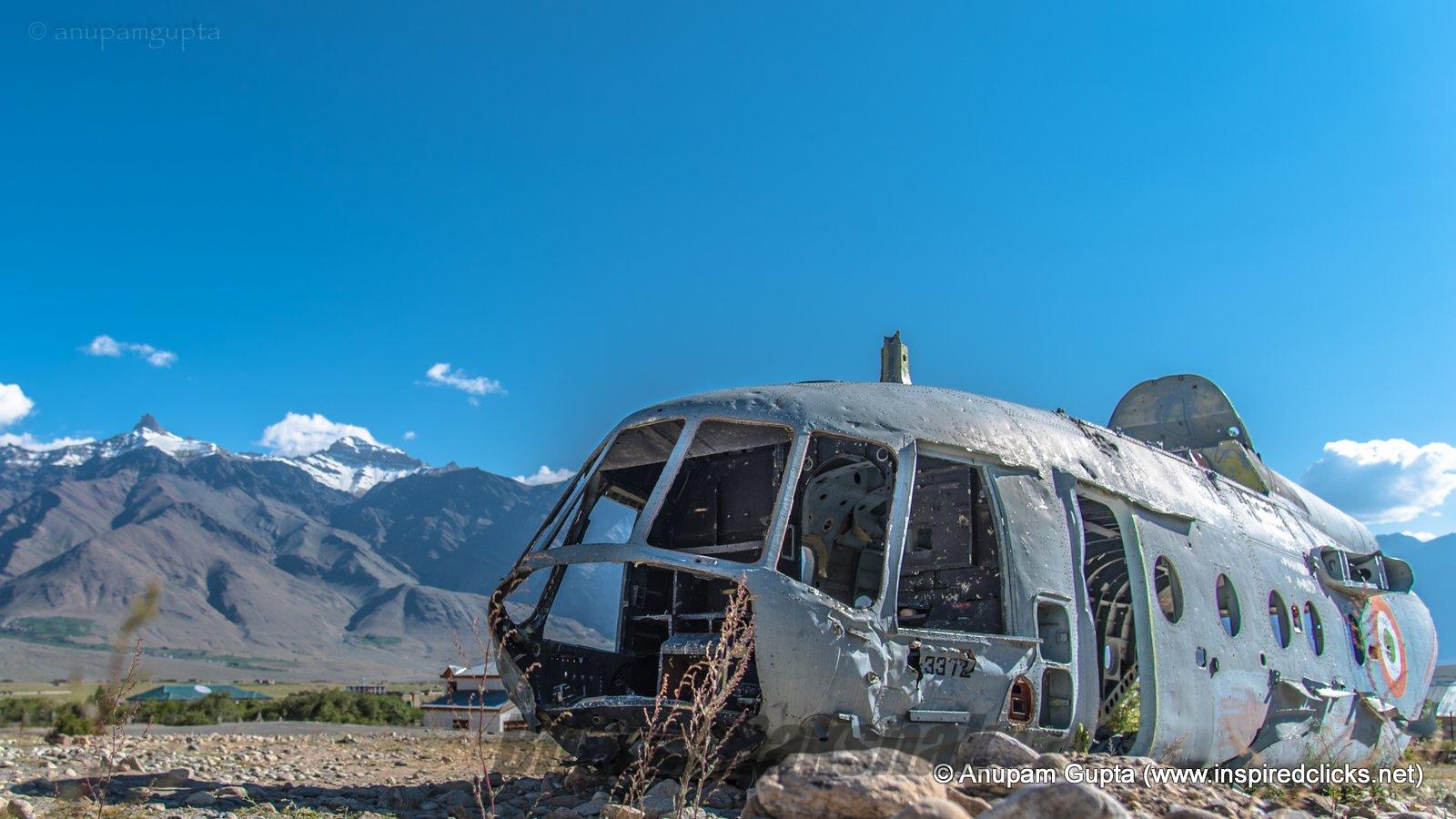 Years ago - A cryptic note appeared in the Q&A Hour at the Indian Parliament Upper house of Rajya Sabha. Responding to the question about IAF aircraft crashes, a response from the defence minister listed the accidents . In that lis was a note - 20 Jul 01 - Mi-17 - lost due to HE(A) - Human Error Aircrew.

A decade and a half later - enter an IT Project Manager, who loves to drive, write and click photographs in his free time. Anupam Gupta (www.inspiredclicks.net)along with a couple of his friends set off on a vacation to Ladakh. They traversed Ladakh visiting Hanle, Tso Moriri, Kargil, and finally ended up at the town of Padum in Zanskar.

Padum is tiny, about 1,000 people in population. The traditional heart of the village is below the gompa and Palace khar (now in ruins) where two large chortens stand above old buildings. Providing a picturesque place, Padum has several hotels, homestays and restaurants meant for tourists. Padum has a post office, internet cafes and telephone booths.

While at Padum, one of the locals were talking to Anupam over dinner and casually mentioned about a Helicopter wreck at the helipad. Anupam had to do a double take. "I remember confirming with him thrice that he really meant a chopper was lying just few minutes away from where we were.. he said yeah, since decades!"

The next morning Anupan went to the helipad and located the wreck, an Mi-17 fuselage that has been stripped of all its euqipment. The story on how this wreck had come to be in its final place was a mystery to Anupam and his friends. Anupam took several photos and published one of the photographs on Flickr.

It was a chance discovery, and its subsequent posting on facebook, that prompted an immediate recognition of the aircraft by an IAF Veteran.  The story of this silent witness at Padum came out.

The aircraft was an Mi-17 1V Medium lift chopper - Serial Z3372 belonging to No.130 Helicopter Unit.  Just after the Kargil war, about 40 brand new Mi-17 1V Variant helicopters were procured from Kazaan helicopters. Several units re-equipped with the type. No.130 HU at Leh, the "Condors" was one of them. Z3372 was thus one of the brand new aircraft on its charge.

The helicopter had about 40 hours of flying logged on it - It was still brand new when it met with a landing mishap on a morning sortie to Padum on 20th July 2001. The actual circumstances of the accident are left to be told at a different time. Suffice it to say that the aircrew were fortunately not injured. The aircrew were airlifted back in a second Mi-17 to Leh by evening. Z3372 must have proved to be beyond economical repair, and the aircraft was stripped of all usable parts. Doors, Engines, Rotor blades, Interior fittings, instruments, undercarriage, tail boom etc were all removed. Only the fuselage hulk remained at Padum.

At the time of Anupam photographing the wreck, the paint still appears bright and colourful. Though the fuselage appears battered with thousands of dents. 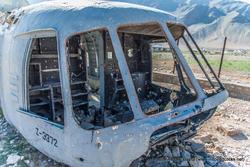 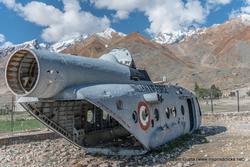 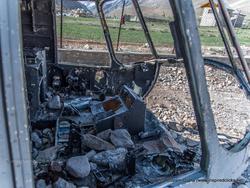 The photographs of the hulk dwarfed by the mountains makes one wonder - it has been fifteen years that the wreck was there. How many more years will it be there?