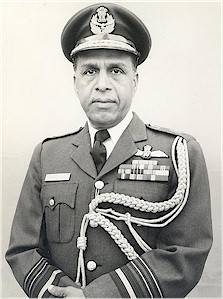 Air Marshal S Raghavendran's retired as the Vice Chief of Air Staff after 38 years of service and a combat record spanning two wars. He has written two books about his career - and a series of articles on this site which formed the basis for his books. His service record is available at http://www.bharat-rakshak.com/IAF/Database/3840