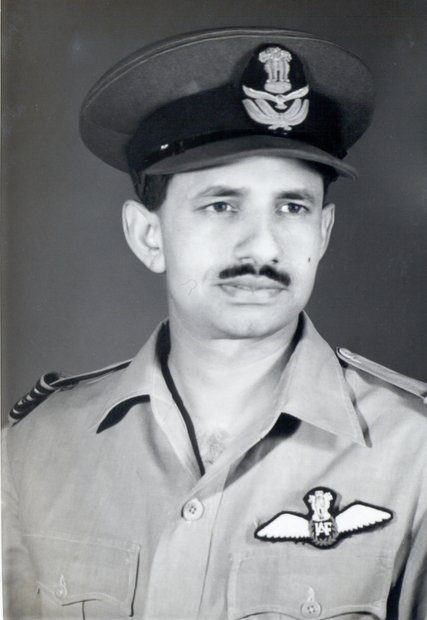 Gp Capt Kapil Bhargava needs no introduction. His articles have been gracing the pages of publications like Air Forces Monthly, Air Enthusiast, Flypast , Air International and Indian Aviation for many years.

Commissioned in Oct 1950 in the 53rd Pilots Course, he flew Spitfires and Vampires before attending the Empire Test Pilots School in UK to graduate as one of India's pioneer test pilots.

In his test flying career with the IAF, besides production test flying, He flew the first flights of the HAL Pushpak, the HS-748 'Avro' and the Messerschmitt HA 300 Fighter designed by Egypt. The first flight of the HS-748 earned him one of the first Vayusena Medals awarded to the IAF - in 1962.

He was also the first commandant of ASTE (then A&ATU) and served as the Station Commander of Jodhpur.

After his career in the Air Force, he was with the Flight Safety Directorate of Hindustan Aeronautics Limited in Bangalore before retirement.

Gp Capt Kapil Bhargava passed away on 17th December 2014 at Bangalore. Read the tributes to him here.

How I became a World War II Casuality [Ext Link]

Saving some Chetaks of the IAF
A spate of IAF Chetak accidents baffles everyone - and HAL is tasked to rectify them.

Suranjan Das - The Man and the professional.
A tribute to Gp Capt Suranjan Das, the test pilot who gave his life to the Marut Program

Operations at Diu - The One Day War
Air Operations from Diu

The Indian Air Force as an Aircraft Manufacturer
It was the IAF that manufactured the first Avros in India and not HAL!

An introduction to Aviation Artists in India - DA La Fontaine - KS Raman - Locky Loughran
A look into a little known branch of painting that is related to Aviation History.