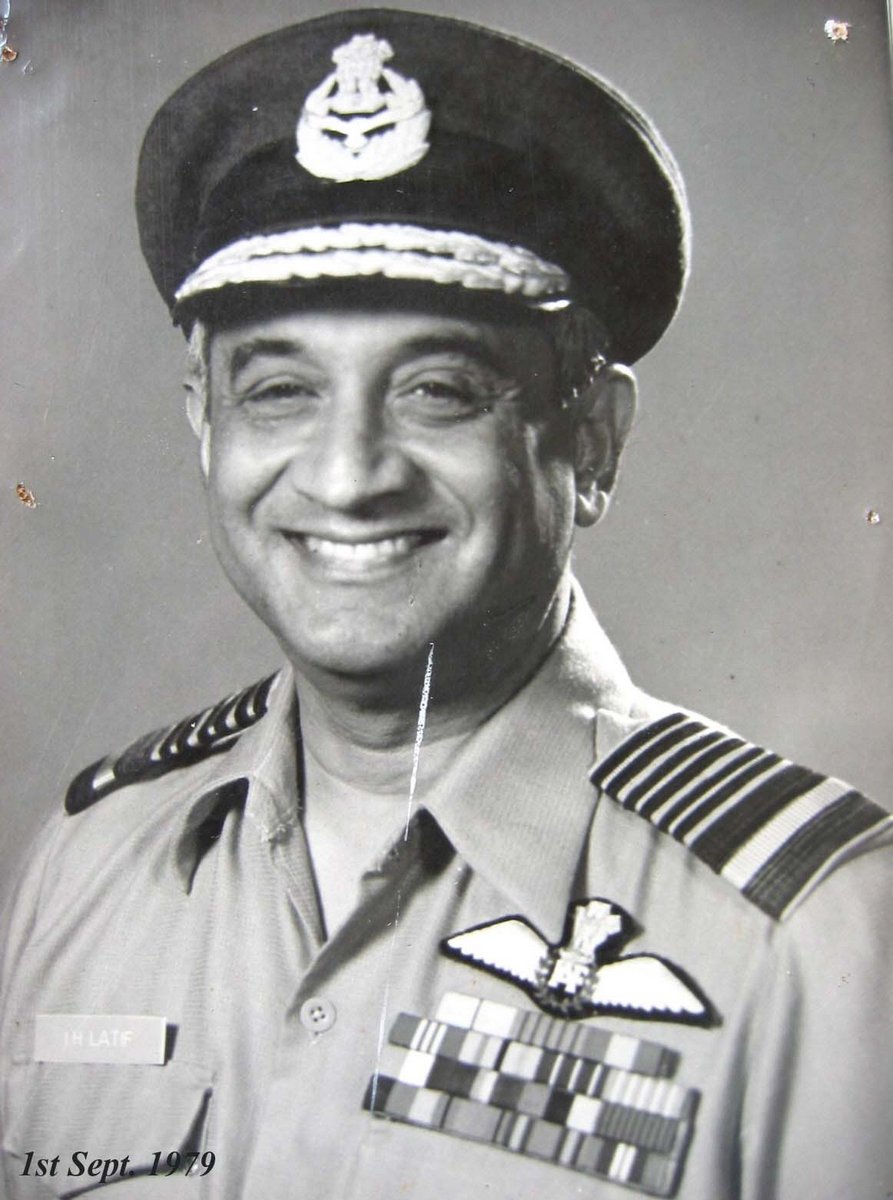 It is with great sadness that we share this news - Air Chief Marshal Idris Hasan Latif (IND/1804 GD(P)), former Chief of Air Staff and WW2 Veteran has passed away in Hyderabad today. His death marks just about six months since he lost his wife, Mrs Bilkees Latif.  ACM Latif has been unwell the past year .  And his passing away less than an year of losing the Marshal of the Air Force is a double blow to the IAF fraternity.

Latif Saab, as we knew him was always remembered as a kind and gracious human being, who cared about his men from all spheres of life. He touch and left an impression on every officer, airman, or family members of the IAF fraternity that he crossed paths with.

Air Chief Marshal Latif served as the Chief of Air Staff of the Indian Air Force from September 1978 till August 1981. When he took over command, the IAF's morale was at a low. The previous Air Chief was a stickler for Air Safety and had hauled many an officer and airmen over the coals over the issue of aircraft accidents. Many promising careers were cut short. So much so that when Air Chief Marshal Latif took over command, he sensed this decline in morale and took upon himself to build it back up.

About two decades ago, in 1999, the editor of this site cold called the 'chief' in an effort to know more about and him and write a profile for this site.  Air Chief Marshal Latif, the generous host he was, invited the editor to his house and spent nearly an hour answering questions. (The fact that the chief lived within 3 km of the editor's house was an incentive for the visit to happen). ACM Latif recalled that the first task ahead of him was to build up the morale and confidence of the force - which he had set out to do. The next important task was to ensure that the DPSA requirement of the IAF was bought to fruition with the procurement of the Sepecat Jaguar.

Subsquently ACM Latif would always recognise the editor whenever he ran into him locally, a quality that endured him over the years. Many airmen and officer would recall with great affection on how the air chief would remember their names and circumstances - even after a gap of many years.

ACM Latif suffered the loss of his wife, Mrs. Bilkees Latif, when she passed away on 27 October 2017. It has hardly been six months, that we now have to endure losing him.  May they unite in the blue skies yonder - and rest forever in peace.