Maj Gen Yeshvant Deva had written an e-book on the role of 35 Infantry Brigade in the 65 war. He had kindly consented to distributing it on the Bharat Rakshak site free of cost. 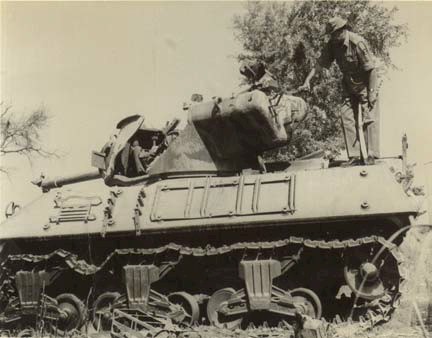 To give you a background of the book :

This is the legendary account of 35 Infantry Brigade, fractured in entity, run down in history, yet momentous frontrunner in 1965 War. The dateline is packed with heroism of the martyrs as listed in Appendix “A”, and unparallel deeds of daring, both by the living and the departed — alas! It is undocumented, even unrecognised by the so-called official history and other books including War Despatches by Lt Gen Harbaksh Singh, VrC and Missed Opportunities by Maj Gen Lachhman Singh PVSM, VrC. There is another glitch qualifying as exceptionality and that is about command and control. Nowhere in history, had a brigade changed affiliation to different types of divisions, vis. Infantry, Mountain and Armoured; and that too, four to six times during a span of 18 days without conveyance of timely and proper written orders of doing so, more often without our knowledge — at odds with, even defiance of traditional norms, staff duties teaching standards, and training practices; instead creating confusion with regard to passing orders and delivery of situational awareness. It entailed denial of intelligence, and unfair treatment, both, in narrative and recognition of exceptional valour. Greater irony was that much touted all arms’ warfare precepts e.g. dedicated firepower, chain of command communications from higher HQ to lower HQ, organisational cohesiveness, morale and bonhomie were a fatality. Throughout the operations left hand did not know what right hand was doing. Yet, at no stage in battle, 35 Infantry Brigade lost its verve, balance, zeal and, above all, mettle in the face of the enemy.